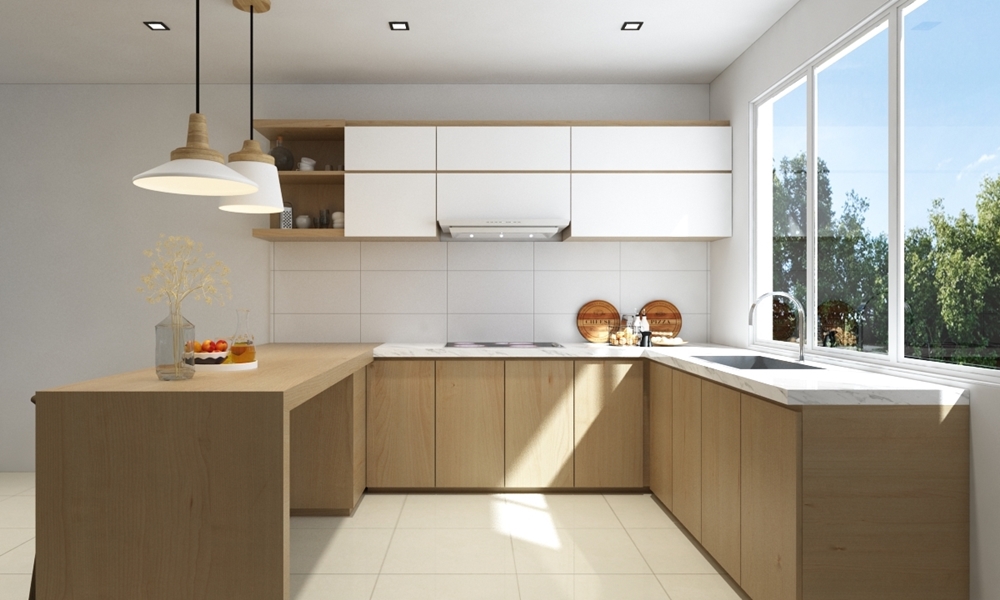 Whether your style is contemporary or classic, oriental or futuristic; your kitchen should be only one thing; functional. Proper utilization of available space, ample storage and division of working zones in a way that everything is easily accessible makes a kitchen functional. Modern homes offer limited spaces for certain areas in the home. Kitchen, for example, of a modern condo is roughly 70 square feet which does not allow much space even for certain kitchen fixtures like dishwashers. It becomes a challenge for interior designers to come up with a working design that is not only accomodating but it also looks sleek and stylish. We, at LEGNO, make sure that the kitchen which is the most important part of a home is designed in a way to maximize usage and functionality of the space. Where it becomes difficult for most designers to accommodate various working zones in limited space, we make sure that a kitchen has every element that makes it efficient for the inhabitants. Modern kitchens are mainly divided into two working zones; a dry kitchen and a wet kitchen. The segregation is based on the way each zone is utilized. This division was conceived in Malaysia and become popular in the rest of the world afterward. Let me give you an insight into how these two zones are used.

Wet kitchen is the functional part of the kitchen where the most extensive tasks are accomplished. Day-to-day meal preps and dishwashing are mostly done in the wet part of the kitchen. This part is usually equipped with ovens, exhaust hoods and bigger sinks. In short, this is where all the messy and untidy activities are carried out. Since most of the heavy and greasy cooking is done in this part of the kitchen, it mostly has bigger windows and better exhaust fittings. Wet kitchen is the main part of any kitchen and is good enough on its own as it has all the basic equipment and fixtures. However, the wet part of the kitchen should be designed in a way that the lower cabinets are not damaged by water seeping into them from sink or countertops.

Fastpaced lifestyles have changed a lot of things including the way we cook. Working partners and professional individuals get hardly any time to cook for themselves and thanks to fast food outlets and home deliveries; the idea of eating has drastically changed over the past few decades. It doesn’t mean that people have stopped cooking, it’s just that we are more into quick, ready-to-eat foods than investing hours into cooking a traditional meal. That’s where the dry kitchen comes into the picture. A dry kitchen is the tidy and presentable part of the kitchen. A kitchen where only lighter works like cutting, chopping, mixing and kneading of dry ingredients are done. This part has the latest electronic appliances and modern fixtures.

Where ideally a traditional kitchen takes 10-15% of the overall space of the home, modern kitchens are smaller and designed around minimalist themes. Since the area allocated for modern kitchens is less, designing a full-fledged kitchen becomes a challenge for interior designers. At LEGNO, we make sure that the modern minimalist kitchen has every element of a traditional kitchen. Our designs are a combination of contemporary and futuristic elements. The latest island kitchen design by LEGNO is created for limited spaces. The traditional Malaysian wet and dry kitchen areas are designed next to each other even when the available space is limited.

The wet kitchen has a sleek countertop with cabinets underneath. A smart sink and faucet combination is not only modern but functional as well. Overhead cabinets can be used for the storage of appliances and utensils. Refridgerator is right beside the counters for easier access. The central counter can be used as the dry part of the kitchen for jobs like cutting/mixing etc. Chairs and bar stools with central counter are a great way to add up some sitting space. 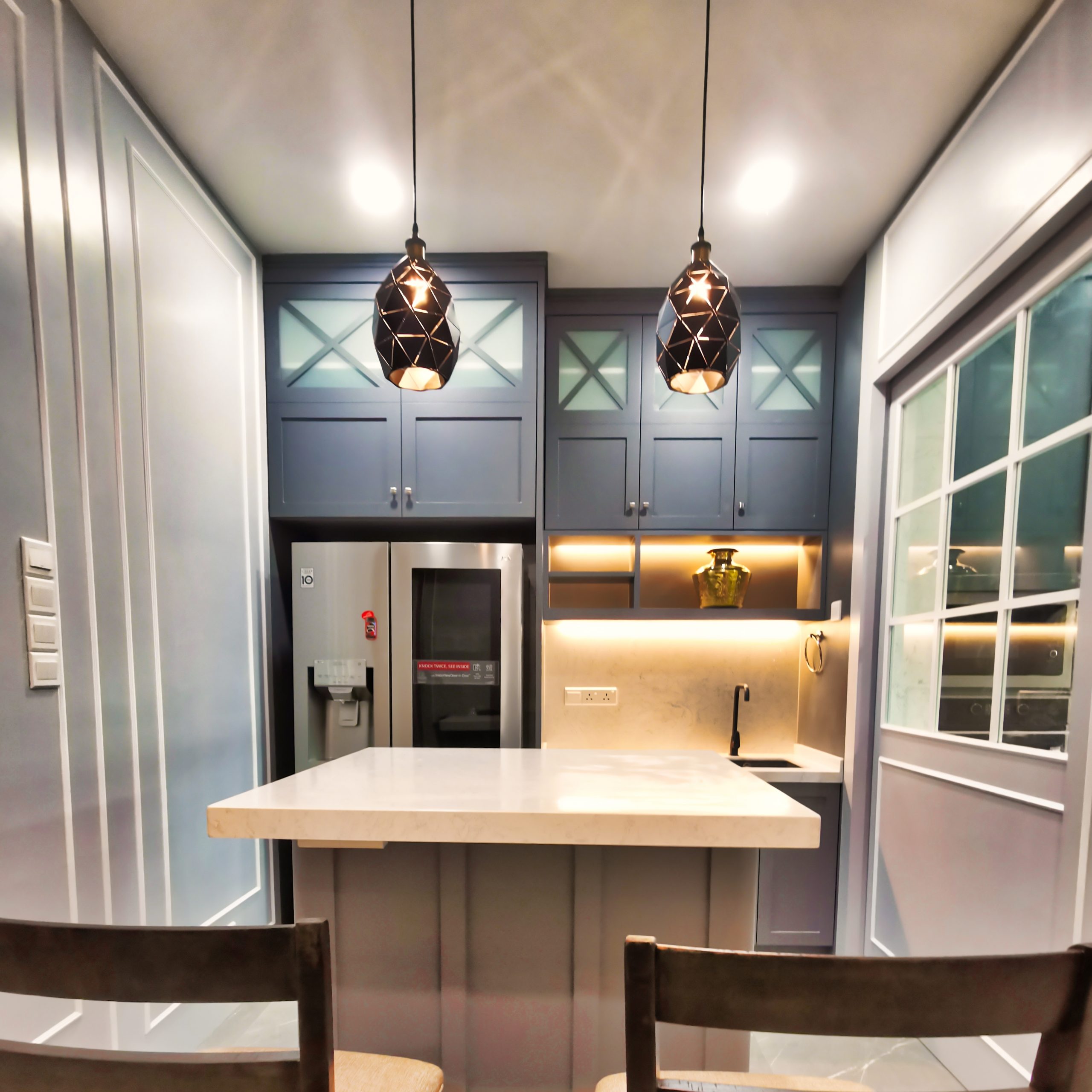 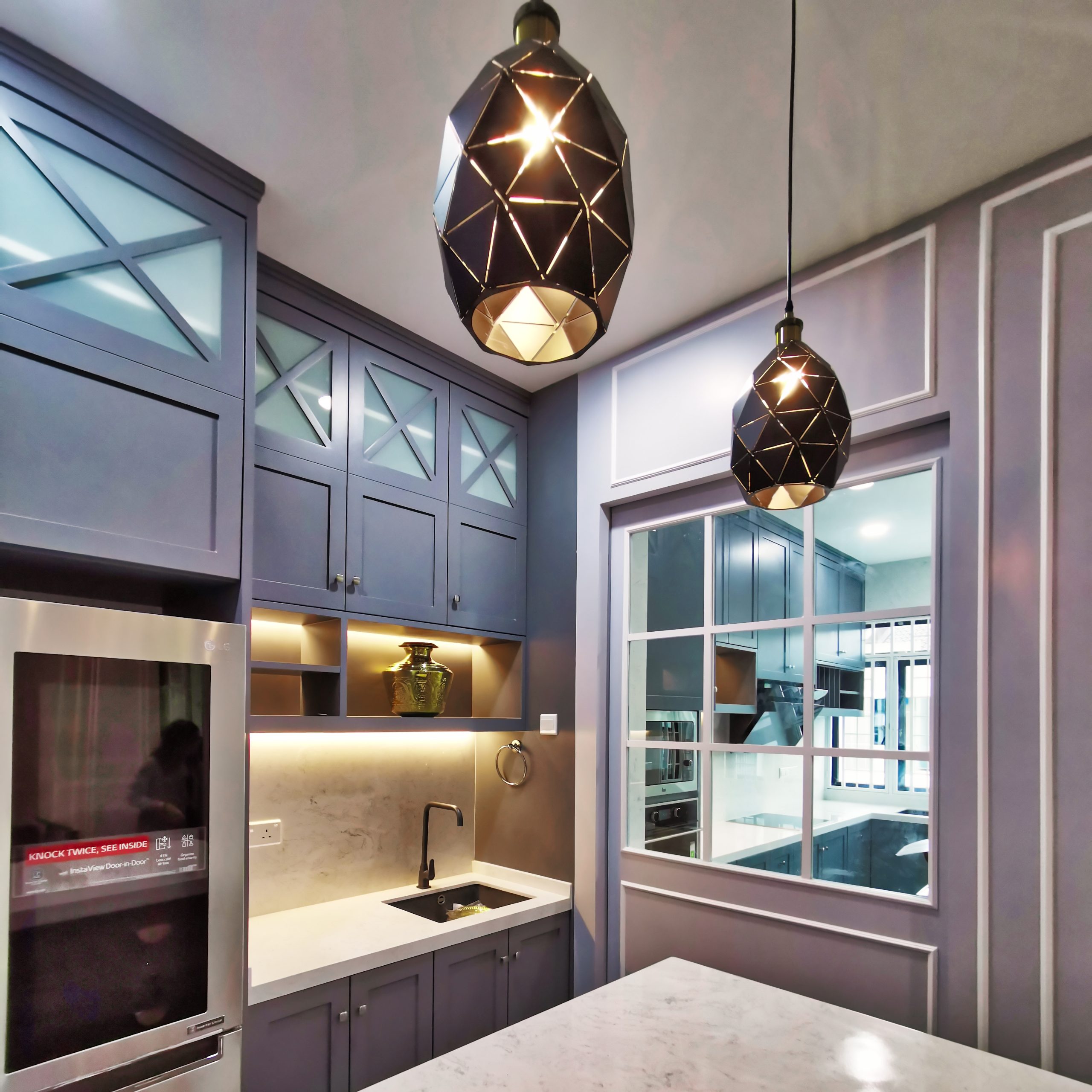 Designing bigger windows is always a good idea for smaller kitchens. It brings lots of natural sunlight and makes the kitchen looks bigger and brighter. Hanging lamps are a good source of extra light but their unique shape and design give the kitchen an elegant look.

No matter what the dimension, shape or size of the kitchen, we make sure that the kitchen design has all the necessary elements. Another of our newest designed island kitchen has an L-shaped layout and both wet and dry parts are incorporated in this limited space. Designed in light and dark contrast, the kitchen has underneath and overhead cabinets that offer ample storage space. Sink and oven are spaced apart so there is no hindrance in carrying out the tasks. The built-in oven not only offers more space on counters but it also gives a modern look.

With us everything is possible; even designing a full-service dry and wet kitchen in limited spaces. We hope you enjoy our latest designs as much as we did creating them. LEGNO ID & Construction is a Penang based design and build company specializing in residential and commercial interior design services. 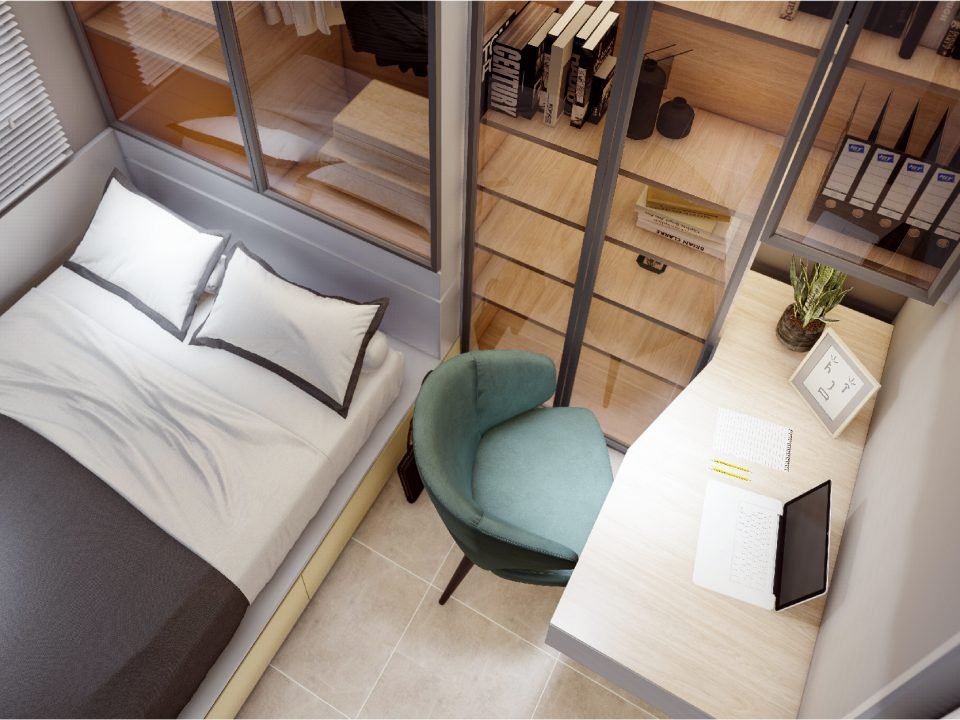 Small Bedroom Ideas That Are Big in Style 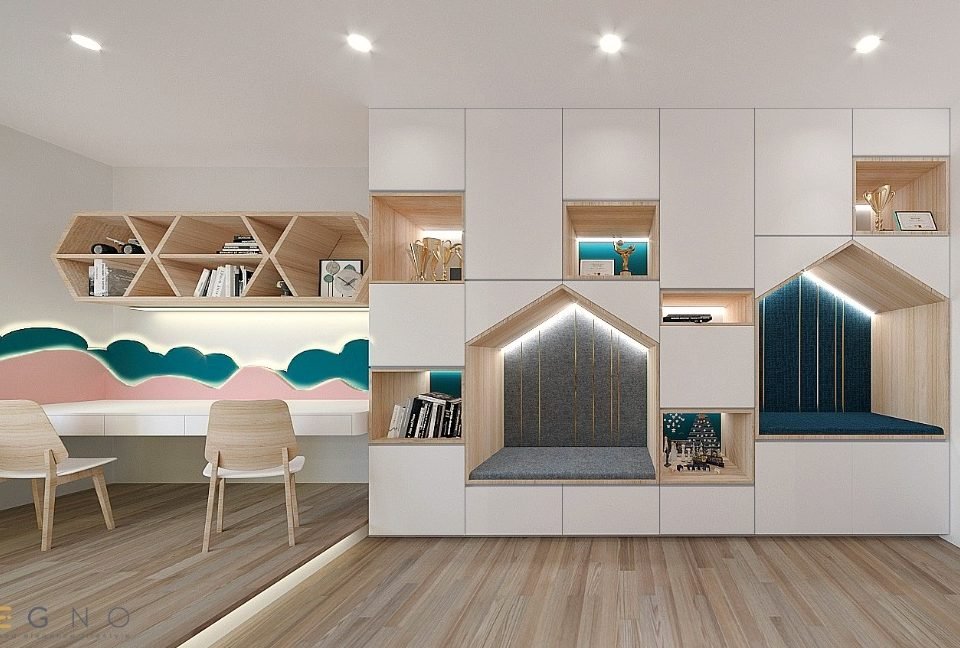 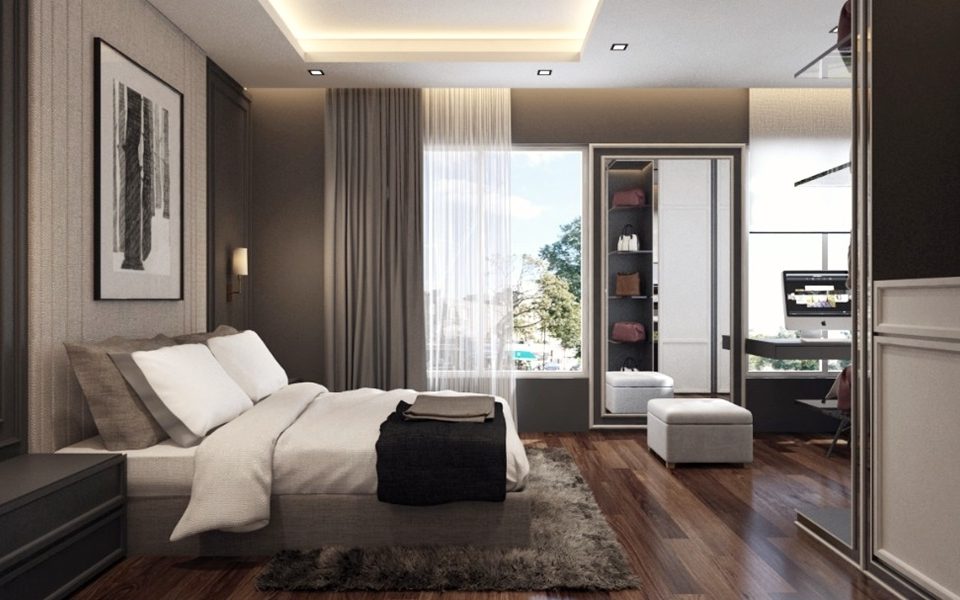